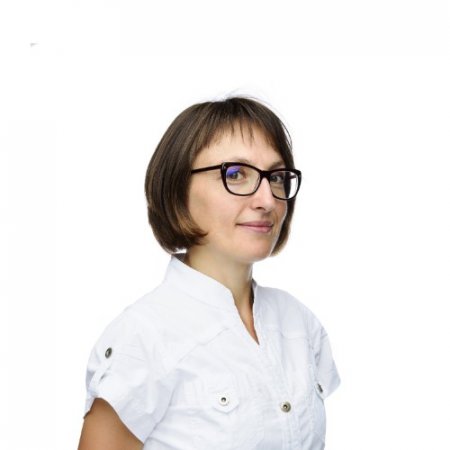 Over the last five years, most payment innovations have focused on improving customer interfaces, without fundamentally changing the payment instruments used. Digitalisation is about to change these for good.

Latest trends such as embedded finance, dedicated marketplaces with embedded payment and billing, decoupling shopping from physical locations, a rise of digital wallets, and Super Pay Apps usage have made the act of paying has become less visible and increasingly dematerialised and disintermediated. Forward-thinking ecommerce/payments companies have already started to offer disruptive payment solutions such as crypto assets (including stable coins), based on encryption and distributed ledger technology (DLT). The COVID-19 pandemic has further reinforced the shift to digital payments and confirmed the importance of safe, accessible, and convenient (including contactless) payments for remote and face-to-face transactions.

This is the backdrop against which digital money – stable coins, e-money, CBDC, cryptocurrency - have emerged. Central bank digital currency (CBDC) has the potential to increase payments diversity, encourage financial inclusion, support cross-border payments, assists with payments digitalisation in general. At the moment, central banks provide cash, used by the public, and electronic payment services, used by eligible financial institutions. However, since 2015 when Andrew Haldane, the UK central bank’s chief economist back then, suggested that a digital currency based on Bitcoin could alleviate monetary policy problems and that paper money be banned entirely, there has been a growing conversation about whether central banks should offer a digital version of cash. When that will happen, how can digital cash be leveraged to support innovation?

Based largely on the use of technology, embedded finance refers to the integration of financial services into other (non-financial) services and experiences. It enables brands to focus on solving the problems of their customers with real-time, intelligent (e.g., alert me when I’ve been paid or get paid early), and context-aware experiences. In a nutshell – Uber (Uber has disrupted the taxi industry by integrating payment functionality directly into its app to reduce ride-payment friction for drivers and passengers). This concept is strongly connected with Open Banking and Open Data economy, which encourage a natural flow of data between consumers and businesses, with proper data protection and consent management methods in place, for the benefit of all parties involved.

CBDCs maintain an electronic history of transactions (what the consumer buys, where, and when), drawing a full picture of his/her preferences and savings behaviour. If this data-trace is recorded and analysed, based on proper privacy and protection strategies, it can offer enormous advantages to the data’s owner. Innovative and sustainable ideas such as green banking – calculating users carbon footprint; healthtech - calculate probabilities of getting some diseases due to extra consumption/or lack of consumption of certain foods; mobility – calculate the best transportation route to take, considering what matters for a consumer/tourist going somewhere (travelling costs vs. environments costs vs. health impact), etc can be built.

Relying on this opening of (payment) data, in April-May 2020, many fintech’s were involved in distributing COVID-19 stimulus payments. Similarly, a CBDC could enable governments to directly stimulate the economy down to every citizen through ‘helicopter money’, as INNOPAY's Douwe Lycklama mentions. Recognising the success of these initiatives, it is hoped that in the US, a tech-forward government administration will rely more on neobanks/fintechs/CBDCs/helicopter money to distribute funds allocated in future stimulus packages.

2. The merits of programmable money

Programmable money is real money represented in digital form. Also known as tokens, this digital currency is tracked with corresponding electronic ledgers (e.g., blockchain) which record the transaction that is publicly and securely shared. To promote sound governance and to keep the programming interfaces equally available to banks and other participants, this ledger should preferably be based on open-source software, according to IBM. Bitcoin is one of the most famous digital currency, however, it was met with many critics from the banking sphere due to its volatility and its possibility to disintermediate the middleman (e.g., banks, custodians, and other types of trustees). As such most banks see cryptocurrencies as a risk to their clients, and a potential threat to their business model.

However central banks have started to ponder over the innovation digital money promise for businesses and end consumers and have been quietly but actively evaluating their benefits and experimenting with their versions, called CBDCs. In 2019, 70% of central banks acknowledged they are studying the issue, with about a quarter saying they already have the authority to issue a CBDC or will soon have it, though 85% of central banks say they are unlikely to issue a CBDC within the next three years, according to a paper issued by BIS.

A CBDC designed to allow for programmability could enable automated execution of certain operations, such as payment of interest, setting spending goals on budgets, or triggering tax collection. The latter will reduce today’s cash-driven informal economy and cut on tax evasion, while the other functionalities influence its application. Still, while analysing the potential benefit that a CBDC could provide in the context of existing payment mechanisms, the FED agreed that "while current RTGS systems do not have the same level of programmability built into their platforms that some distributed ledgers have, RTGS systems could achieve similar results through application programming interfaces (APIs)".

Undoubtedly the most controversial money project of 2019 and 2020 has been Facebook’s Libra (currently rebranded as Diem). Criticism and negative responses towards Libra were unlashed due to the risk it poses to global financial stability. Still, "Libra payment system [aims] to integrate smoothly with local monetary and macroprudential policies and complement existing currencies". Furthermore, Libra Association (now rebranded Diem) hopes to be able to collaborate with central banks on issues such as the integration of the Libra payment system with CBDCs.

Libra’s innovative potential goes beyond payments. According to David Birch, Facebook’s most interesting effort is its plan to create a digital wallet, Novi, which much more disruptive potential than the currency basket that they are proposing for it ‘because the global problem of financial inclusion has much more to do with identity than it does with money’.

As providers of electronic payment services must comply with AML, BSA, KYC, and electronic recordkeeping requirements, a CBDC/Libra would almost certainly need to comply with these regulations. As Facebook has access (with users’ consent) to lots of info about you, standardising some of the things included in the Novi wallet such as proof of age, financial services passport, trusted traveller status, and loyalty cards will deliver global benefits by bringing trade to hundreds of millions more people than the banking system has been able to.

Now the headlines are made mostly by central banks discussing, testing, analysing CBDC, with a strong focus on offering innovative payment solutions that work both offline and online, within and across national borders. But the possibilities are endless, and I encourage you, the reader, to be bold, creative, and join the conversation about what digitalisation means. Still not convinced?

Here is a small paragraph I took from an interview with the authors of best-selling management book 'Everything Transaction', Shikko Nijland, Douwe Lycklama, and Chiel Liezenberg.

When studying platforms, we found that there is little imagination about what comes next in our digital economy. Leaders, politicians, and the press are all very busy amplifying the threats, worries, and pitfalls of platforms, AI, and big data, but little solutions other than ‘we need more rules’. In the book, we pay attention to the strategic aspect of collaboration between platforms […] such strategies required specific leadership and a longer-term version than the length of a typical C-level job period.

Like this story? To learn more about CBDCs, the innovation they promise, and the implications and risks they pose, download The Payper’s eBook Central Bank Digital Currencies for Dummies – A Quick Guide into CBDCs.