‘We need to invest in a digital trust infrastructure’ 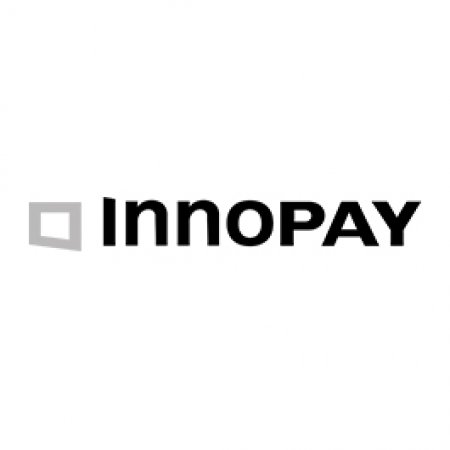 People make transactions every day, and often much more often than they realise. Transactions are just like breathing, according to Shikko Nijland from INNOPAY and co-author of a book called Alles Transactie (‘Everything Transaction’), in which he explores interactions and transactions in the broadest sense. Banken.nl talked to Nijland about the publication, which has recently been named as Dutch management book of the year 2019.

Alles Transactie has been named as Dutch management book of the year. What’s the story behind the title?

We chose that title because interactions and transactions are just like breathing – something you do throughout the day, usually without any problems and without really thinking about it. Every time you send a message, buy something in a shop, book a flight online, confirm a business deal or log in to a platform such as Twitter, for example, everything is a transaction – and that’s precisely what our book is about. We’ve written about ‘transactions’ in the broadest and most fundamental sense of the word because interactions and transactions form the fabric of our society and economy. But what do we really know about transactions? How can you look at transactions? How are transactions taking place in an increasingly digitalszed world? What role are intermediaries playing in facilitating transactions? How can you create growth and how can you develop propositions for such a market? In the book, we analyse these issues based on the core concepts of interaction, transaction, buying process, two-sided market, platform and data, with ‘trust’ as the common thread running through it all, to gain a better understanding of how everything is interlinked.

According to the jury, the book is perfectly timed and serves the social and economic interest. What do you think is meant by that?

Despite being at the heart of our society, it seems that interactions and transactions have hardly been studied at all – there is very little research available on the subject. We thought that was strange, especially at a time when the world is rapidly digitalizing. After all, this is strongly influencing not only the way in which transactions are conducted but also how the necessary trust is created. Moreover, digital interactions are increasingly becoming data transactions, which will lead to an explosion in the number of transactions in the years ahead.

This poses a problem because today’s internet isn’t designed to support transactions; trust is insufficiently anchored in it, making it a suboptimal transaction channel. That’s not only a sizable missed opportunity for economic growth, but it also carries a substantial risk. There will be at least a sixfold increase in the number of transactions over the next five years – due to more people coming online, due to more transactions being digitalized, due to the Internet of Things – and the multiplier in all this will be data transactions. But the infrastructure isn’t really ready for that. This is what our book explores, so I think that’s what the jury meant.

Digitalisation has made everything and everyone intertwined. What does this mean for organsations on the one hand and consumers on the other, and to what extent has technology replaced trust?

‘Trust’ is the core concept that links ‘internet’ and ‘transactions’ together. Trust is what drives transactions but in the digital domain it manifests itself as data, which is very different from what we are used to in the physical world. On top of that, data is one of the main topics of discussion right now. It is necessary to provide personal data in order to enter into a digital transaction, as a way of winning the other party’s trust, yet at the same time there are growing doubts about how such data is treated. Scandals involving data leaks, interference in elections, privacy concerns and the inability of platforms such as Facebook to handle such an immense amount of data securely – these all stem from the same problem.

To what extent and in what way do financial institutions in particular need to change in order to stay relevant for consumers?

In view of the economic importance of data, the most important thing from a consumer perspective is the creation of a national trust infrastructure – such as a data-sharing scheme which lets users retain control over their own data and also gives them the digital tools to make it as easy as possible for them to exercise that control in practice. Devising such a system requires a public-private partnership, and financial institutions could play a leading role in that – not only because it is in their own interest, but also because the problem is too big for one organization to solve alone. Governments and businesses must join forces and start to see investment in a digital trust infrastructure as normal, and no different from spending money on highways or railways. After all, data sharing is just as much a part of everyday life as car or train travel is.

Organisations are sitting on huge mountains of data nowadays. Do you think they realise the true value of it, and what kind of relationship do you feel that companies and organisations have with their data, both now and in the future?

In terms of the future there are two issues we need to solve to enable the next phase, and financial institutions will need to play a leading role in this if they want to stay relevant. These two ‘big fixes’ are necessary in order to achieve digital empowerment and hence to provide a stronger foundation for further digital transformation, which is already irreversible, and continuing platformication.

The first big fix is to break the ‘trust paradox’. By that, we mean the conflicting user needs of making data – and particularly personal data – more accessible on the one hand, but also much more secure on the other in order to preserve people’s trust in further digitalisation. Putting consumers back in control of ‘their’ data is a way to do this. Consumers can then give their consent for third parties to gain access to some of their data while retaining control over whom they grant access to.

The second big fix is to redress the ‘data benefit balance’. By this we meant that financial institutions and platforms should not be the only ones to profit from data – consumers should benefit too. Despite consumers helping to generate the transactional data, however, professional entities currently enjoy many more advantages than the consumers do. This situation can be remedied by giving consumers a share of the profits from their data.

GDPR is an attempt to improve the current data benefit balance in which companies benefit from someone’s data while the person in question does not. The belief is that companies now have fewer opportunities to utilise data for economic gain. Is that really the case, and what effect will GDPR have on the digital transformation in the years ahead?

With legislation such as the General Data Protection Regulation (GDPR) and Payment Service Directive 2 (PSD2), governments have taken the first step in the battle against what we call ‘data pollution’. This term also covers economic gain resulting from abuse of the data benefit balance.

GDPR gives consumers control over their data in theory, but things are less clear-cut in practice. We have seen scandals with data leaks, interference in elections, privacy concerns and the inability of companies to handle the immense amounts of data securely. This clearly calls for more than legislation alone, and we believe the time has come for corporate social responsibility (CSR) to play a role. As we see it, shouldering your responsibility for customer data is CSR territory. It’s the social responsibility of each and every company to help to solve the problem of data pollution rather than making things worse. That’s why, at INNOPAY, we advocate that every company should have a digital CSR policy which goes beyond merely complying with the relevant rules and regulations.

What role can blockchain play and when do you expect it to be ready for widespread adoption?

There is a shift from institutional trust to infrastructural trust; trust is increasingly becoming embedded in the infrastructure based on mathematical formulas and cosmic laws rather than being created and provided by institutions such as companies and governments. The rise of distributed ledgers and blockchain technology, including implementations such as Bitcoin and Ethereum, demonstrates that it is possible organize trust differently and to perform transactions without any substantial involvement of platforms. There are still many issues to resolve, but the fundamental technology exists. What will be the impact of trust being embedded in the infrastructure? How will that affect the customer relationship? Will transactions become easier when all sides can share their identity and data digitally? And when everyone involved can trust one another? And when we’re in the next phase of the internet, which is when it will be a fully-fledged transaction medium?

In that context, I’m very interested to see what will happen with Facebook’s Libra. I believe that Libra will make little contribution to addressing financial inclusion or remittance costs, which is what they describe in their white paper. More importantly, in my view, it is a unique, worldwide trust infrastructure based on distributed ledger technology. Hence, Facebook is the first and perhaps only organization that can interlink institutional trust and infrastructural trust on a global scale. Very few people realise that Facebook’s Libra actually offers a fully transactional internet infrastructure that can connect 2.5 billion people with one another, meaning it could be a de facto successor of the current internet.