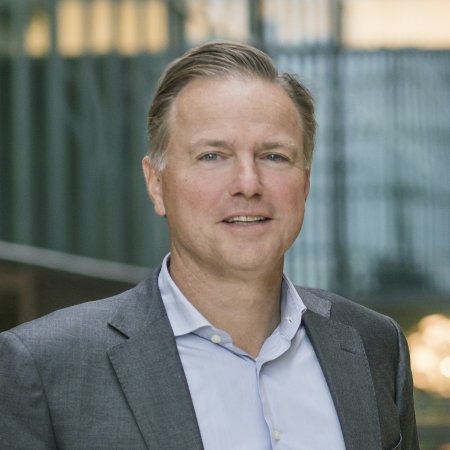 Douwe Lycklama, INNOPAY: After years of cash reduction in favour of commercial banks debt money, now central banks can regain some of their position once held in a cash society

This article is originally published on the Paypers.

There hasn’t been too much media around Central Bank Digital Currency (CBDC) plans/projects coming from the US. So far Libra, China’s digital yuan initiative, also known as DCEP, and Sweden’s digitalisation plan have captured the public attention. However, the US has taken strong steps towards adopting digital currencies and in the coming months, we can expect a further acceleration of these.

We continue our series on the topic of Central Bank Digital Currencies and today we are speaking with Douwe Lycklama, co-founder of INNOPAY and co-author of ‘Everything Transaction’ to learn more about US’ plan to drive CBDC adoption.

Substantial development is the somewhat unnoticed bill ‘Banking Act for All’, where potentially all US citizens may end up with a ‘digital dollar wallet’ at the FED. The bill was put to congress already on March 23, 2020 and discussed on a public hearing on June 30, 2020. The project group has published a white paper in May 2020.

The bill outlines that (starting with January 1, 2021) banks must offer these wallets legally segregated from their operations, with the similar functionalities (apps, cards, web) as regular payment account and a no additional cost to customers. The balance of the wallet corresponds one-to-one to the balance of central bank moneys (M0) held by the bank offering the wallet. Adoption is ensured because ‘COVID relief funds’ will be distributed through this FED digital dollar system.

Why is this big? For the first, time citizens get a digital version central bank money, a.k.a. digital cash, or Central Bank Digital Currency (CBDC). That is FED money, which is full reserve, primarily not made of debt created in the commercial banking system. Today only banks and some market infrastructures can hold an account at the FED.

If all this happens, the CBDC isn’t a theoretical topic anymore. Some considerations:

The FED is not alone with its CBDC project. Other jurisdictions are working on this as well, notably the Eurozone, Japan, Sweden, UK, and, last but not least, China with their digital Yuan, coinciding with their global BSN blockchain initiative. On August 29, 2020 the Chinese had a supposedly secret soft launch but was pulled back fast when more people than expected showed interest.

In the coming months a lot of developments will come together and propel CBDC into reality: the economic downturn triggered by COVID, fiscal stimulus by governments worldwide, Libra’s introduction, crypto-technologies maturing, citizens seeking refuge for their savings, financial inclusion drive and of course the on-going geo-political currency wars.

Douwe Lycklama is co-founded of INNOPAY in 2002 and one of the thought leaders of digital transactions, like paying, billing, identity, data sharing and applicable regulation. His drive is to bring innovation in these areas to financial institutions, (startup) businesses and governments and help them innovate together to make opportunities in digitisation a reality.

INNOPAY is a consultancy firm specialised in digital transactions, helping companies anywhere in the world to harness the full potential of the digital transactions’ era. Services include delivering strategy, product development and implementation support in the domain of Digital Identity, Data Sharing, Open Banking, Payments and Digital CSR.

The services capture the entire strategic and operational spectrum of client’s businesses, the technology they deploy, and the way they respond to local and international regulations. We operate from our offices in Amsterdam and Frankfurt.

The INNOPAY team consists of over 45 experienced domain experts who regularly advise a wide range of global organisations. In October 2019, INNOPAY consultants Chiel Liezenberg, Douwe Lycklama, and Shikko Nijland launched the English-language hard copy and e-book version of ‘Everything Transaction’. INNOPAY is a founding member of Holland FinTech, a financial technology hub with links to the rest of Europe, the US, the Middle East, and Asia.

In case you missed the last instalment of our Central Bank Digital Currency series, about Libra and CBDCs, check out David Birch’s article here.